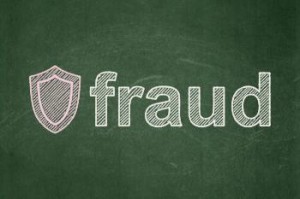 According to Fraud.org, it didn’t take long for con artists to start taking advantage of people’s confusion over the Patient Protection and Affordable Care Act (ACA). The healthcare legislation, also called Obamacare because President Barack Obama championed it, was initially signed into law in 2010.

However, Obamacare didn’t become mandatory for people to have health insurance coverage until January 1, 2014. This is when many healthcare scams began in earnest. In fact, the Federal Trade Commission received 1,100 complaints during the month of May alone, a mere four months after the healthcare mandate took effect.

How Criminals Target the Vulnerable

When people are under pressure to find and sign up for a health insurance plan, they may not realize when others are trying to take advantage of them. Unfortunately, those who perpetuate healthcare fraud don’t limit themselves to just one method. They set up official-looking websites and emails to trick people into divulging personal information.

These criminals even go so far as to call the fraud victims and threaten to deny their application for health insurance immediately if they don’t divulge private details. People who operate these fraud circles pretend to be government officials to encourage or intimidate others into releasing their social security number, bank account information and more.

The best way for people to avoid becoming a victim of consumer fraud is to educate themselves about the Affordable Care Act and how it personally affects them. Healthcare.gov provides detailed, state-specific information for all website visitors. The following tips are also useful:

Some people still fall prey to these devious con artists despite taking precautions. When this happens, the fraud victim should notify his or her bank, credit card companies, and all three credit-reporting agencies.

Every state allows victims of consumer fraud to file suit to recover their losses. Because fraud laws are often complicated, people who are considering doing this should first seek assistance from an attorney. A skilled consumer fraud attorney can also represent the fraud victim in court.