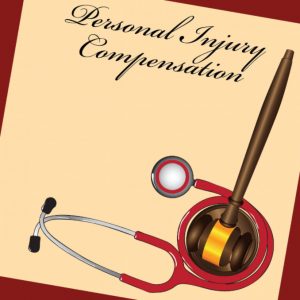 Lawmakers have adopted damage caps and other limits to keep damage claims under control in Colorado and around the country. These caps establish “ceilings” for the total amount of financial damages that may be pursued in a personal injury lawsuit, regardless of the nature and scope of the losses suffered by a plaintiff.

Statute of limitations, on the other hand, prescribe the length of time that a plaintiff has in which to file a lawsuit against the negligent party. If a damage claim is not filed within the legally mandated timeframe, the injured party forfeits the right to seek damages.

Depending on the nature of the claim, the statute of limitations for filing a lawsuit may be as little as 180 days (for government-related negligence) or as long as three years (in a car accident case involving a motor vehicle).

The purpose of enacting damage caps is to limit the effect of large verdicts on the economy of Colorado. Even if jury awards in excess of the limits established under Colorado law were justified, the end result would mean higher insurance rates and consumer prices for everyone.

Therefore, several states, including the state of Colorado, have enacted damage caps to limit the amount of jury awards.

Depending on the date an injury or loss occurred, plaintiffs are limited by the following inflation-adjusted damage cap limits in the state of Colorado:

Car accident victims have three years to file a claim for the purpose of recovering financial damages. Damage caps have been established for pain and suffering in accordance with C.R.S. 13-21-102.5.

C.R.S. 13-64-302 caps noneconomic damages at $300,000 and limits total damages to $1 million, unless the plaintiff can show that the prescribed caps are unreasonable.

The statute of limitations for dram shop cases is one year as prescribed by C.R.S. 12-47-801. Dram shop cases involve businesses that sell alcohol to customers who are visibly intoxicated or under the age of 21. The total damage cap in a dram shop case is $150,000 for each person injured.

Colorado also has a “social host” provision to account for unlicensed individuals who serve alcohol to someone who is visibly intoxicated or under the age of 21.

The statute of limitations in a wrongful death case is two years as prescribed by C.R.S. 13-21-203. The law allows survivors to seek economic and noneconomic damages if someone dies due to the negligence of another party. Colorado law includes a general wrongful death damage cap of $250,000 in addition to inflation.

In cases where ample evidence proves that the victim has suffered extreme pain and suffering, there is a higher damage cap of $500,000 (plus inflation). Other economic damages, such as burial costs and the loss of earnings and benefits, have no cap.

Damage caps are not applicable if the court determines that the death resulted from a felonious killing. Colorado survivors may also pursue damages by filing a solatium claim, which does not require an heir to convince the court of grief and suffering. Instead, the heir must accept the capped sum of $50,000 (plus inflation) and prove that the defendant was at fault.

Punitive and Exemplary Damages in Colorado

Talk to a Colorado Attorney