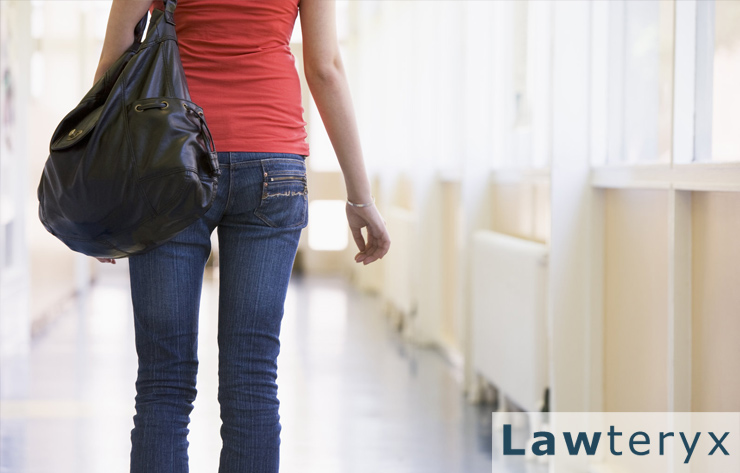 According to the U.S. Constitution, the 5th and 14th Amendments protect the federal government from depriving citizens of their legal rights without proving their guilt. For example, no one can be jailed or have their property taken without going through the legal system.

However, in colleges and universities across the country, students accused of crimes—even serious crimes like sexual misconduct—are being denied their due process rights.

Due process and public universities

Certain colleges and universities feel they have the right to suspend or expel students as they please, often without any of the due process they’d be afforded in the real world. This means that when many students are accused of serious offenses, they can be denied the chance to argue their case in a hearing or confront any witnesses that come forward against them. Furthermore, they are also often barred from any evidence that is brought against them.

However, state colleges and private universities are considered government actors, which means that they are bound by both the 5th and 14th Amendments; thus, these actions should be considered unconstitutional.

In 1975, the Supreme Court tried the case Goss v. Lopez and found that students facing even small suspensions are entitled to a notice of the judgment against them and be allowed to present evidence that could exonerate them.

Below are some examples of how the Supreme Court has ruled in cases involving a violation of students’ due process rights by public universities:

Private universities are a different animal.

When students choose to attend a private university, they’re technically entering a contractual arrangement. This means that the handbooks that private universities typically follow create a set of agreed-upon rules between the school and student.

The good news is that if the rules set by the handbook are violated, then the university breaches the contract they made with the student in question and can be held accountable.

Title IX is a broad civil rights law that focuses on sex discrimination in schools. Not only does Title IX work to ensure everyone has access to education, facilities and sports in school, but it also handles sexual harassment and sexual misconduct matters in both cases of student-on-student and employee-on-student incidents.

This is true of all schools that receive federal funding and/or federal student aid.

Regardless of the perceived crime, a student should not be met with suspension or expulsion without evidence. This should also include major offenses, like sexual assault. However, there are instances where students have been accused of sexual misconduct and are thrown out of school (with a tarnished record and character) without the chance to prove themselves innocent.

A study by Foundation for Individual Rights in Education (FIRE) took a look at the 53 top-rated universities in the U.S. (as reported by U.S. News & World Report) and rated them against the basic elements of constitutional due process. What they discovered was alarming.

Most of the universities didn’t have basic safeguards in place to ensure that students were protected.  Additional findings included:

If you or a loved one feel that your constitutional right to due process has been violated by your college or university, you should contact an experienced attorney to ensure that your rights are protected.