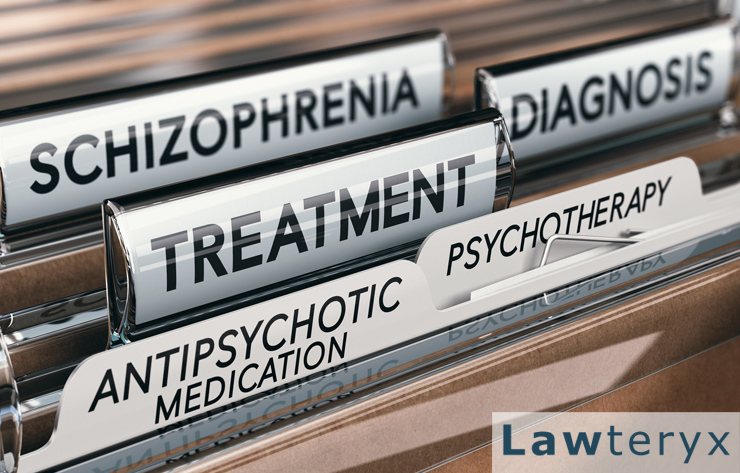 The connection between mental health and crime is a challenging and sensitive one in the field of criminal law. At least part of the problem comes from misunderstanding both the nature and scope of the relationship between them.

A national survey recently indicated that 6 in 10 Americans thought people diagnosed with schizophrenia were likely to commit a violent crime. One-third of people believed the same about those with significant depression. Public perception is likely driven by a handful of highly publicized mass-shooting tragedies where the instigator is mentally ill. These tragedies are usually followed by an intensely emotional political firestorm surrounding the mentally ill and firearms access.

But the reality is different than what the public perceives. In fact, less than 5 percent of violent crimes are connected to mental health disorders. In fact, the same study showed that people with mental health issues are far more likely to be victims of violent crime than the perpetrator. Mentally ill people are 12 times more likely to be victimized than the general population.

Nonetheless, the erroneous public perception persists. This would be a problem in any event as it raises unnecessary fears and further drives the mentally ill to society’s margins. But the problem is exacerbated by the fact a mentally ill person can be subject to harsher sentencing within the courts. The federal Bureau of Justice reports that over a million mentally ill people are presently in its prisons.

Another reason for a belief that mentally ill people commit more crimes than they actually do is that there are situations where a mentally ill person is guilty, but a more careful look at the cause of the crime can point to co-morbidity factors, notably substance abuse.

The American Psychological Association found that only 7.5 percent of crimes could be traced directly to mental illness, mainly schizophrenia, depression and bipolar disorder. But of those who committed the crimes, the APA also found that two-thirds of them had committed crimes that could be connected to their mental illness in any meaningful way. In these cases, factors ranging from substance abuse to unemployment were more likely the driving cause behind the crime.

The APA study continued to dig deeper into the connection between a mental health condition and crime by including a “mostly related” category. The example used is a person with schizophrenia hearing voices during the day, but doing nothing. Later in the evening, they are calm, but when drinking at a bar get into a fight with someone. Rather than ignore the connection, the APA marked it as “mostly related,” but not “directly related.”

Even when adding these mostly related crimes into the total, the mentally ill still only accounted for 18 percent of the total crimes committed in the United States.

Informing the public that the mentally ill are not a safety threat is important, but it’s also important to deal with the relatively smaller number of crimes that are committed. How can their number be reduced and how can sentencing be handled?

The option of using the insanity defense already exists in most states, wherein a person can plead guilty and then accept mental health treatment as a sentence. In these circumstances, the person’s debt to society is considered fulfilled when their treatment is complete.

There is also a middle ground and it’s called Guilty By Reason of Mental Illness (GBRI). The GBRI rules are used in 20 states. In these cases, the court makes an assessment as to what level of psychiatric treatment is required. Once the treatment is completed, the person must still complete their prison sentence.

So a mentally ill person who received a 10-year sentence for a violent felony might be able to spend the first 2 years of that sentence in a mental health institution to get well before serving out the balance of their time.

Proponents of GBRI can argue that it serves society’s legitimate need for justice as a deterrent to crime, while still providing the compassionate response aimed at helping a person heal. Critics believe the insanity defense suits that same goal and that an additional tier of sentencing does no practical good.

Getting people into treatment before they commit a crime rather than after is the solution that benefits everyone. A patient able to treat mental health issues like substance abuse, command hallucinations, paranoia and other such issues is less likely to act out in a violent manner. It means they are better off, the person that might have victimized is better off and it means society is better off, with 2 people more productive members of the community rather than ending up as criminal and victim.

Ultimately, those in criminal law and mental health that are entrusted with solving this problem simply need good information to make their decisions. One of the most important pieces of information is this—the mentally ill, contrary to public perception, are not likely to commit violent acts.