Home / Lawteryx Knowledge Center / Criminal Law / The Use of DNA Evidence in Criminal Cases: An Overview 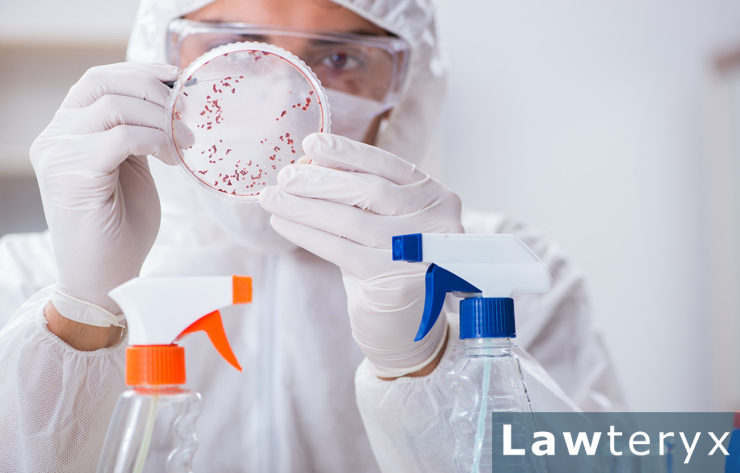 The use of DNA evidence in criminal law can be traced back to 1985.

Alex Jeffreys, a British scientist, developed the technology. A year later, it was used to solve a double homicide case, and was subsequently able to connect the suspect to unsolved crimes, including rape and murder.

The years since have seen similar success for law enforcement, including a 1999 case in New York City where DNA evidence was used to convict a man of 22 separate sexual assault and robbery cases.

DNA stands for deoxyribonucleic acid and is now considered one of the most reliable forms of evidence in criminal cases. This is because each individual has a DNA profile that is entirely unique (except for the case of identical twins). DNA is similar to fingerprints in terms of its reliability as evidence.

Police officers can find DNA in anything ranging from blood to hair to skin cells. You’ve probably seen a police television drama where an investigating officer gets a piece of DNA simply by getting a suspect to sip a cup of coffee or smoke a cigarette and then collecting the saliva sample.

So while a criminal can avoid leaving fingerprints simply be wearing gloves, it takes a herculean cleanup effort to avoid leaving a DNA sample. Even the tiniest amount of DNA material will suffice to pinpoint a suspect.

Once the DNA sample is collected and tested, it is cross-referenced with DNA profiles already in a database. This is how police can connect a suspect in their current case to previously unsolved crimes. The caveat is that this requires the suspect’s DNA already be in the system, so as to allow something to match the sample against. For this reason, sex offenders are required to submit a DNA sample.

The accuracy of DNA testing is over 99 percent, with the odds of mistaken identification estimated at about 1 in a billion.

Contesting the accuracy of DNA evidence at trial is a fool’s errand. Defense attorneys will seek to undermine a prosecution’s case by looking at the acquisition of the DNA evidence and examining how it was handled.

Fourth Amendment protections against search and seizure mean that suspects can’t be forced to provide a DNA sample. Additionally, police can’t obtain a sample by illegally entering a suspect’s home or place of employment.

A certain level of deception is permitted—e.g. the examples of having a cup of coffee or a cigarette at the police station, which is then considered “in plain sight.” But to go further than that invites the DNA sample being suppressed at trial due to being illegally obtained.

DNA evidence is not only used to convict new offenders, but it’s also been successfully used to absolve previously convicted individuals. Evidence is stored and DNA does not disappear.

Let’s say a man was convicted of a murder he did not commit back in 1983, before DNA testing was available. His lawyers could petition to have the case reviewed. To date, 375 people in the United States have had convictions thrown out based on new DNA breakthroughs, including 21 who faced the death penalty.

The discovery of DNA and the ability to test and process it is one of the truly great breakthroughs for our criminal justice system. The guilty are more likely to be caught and the innocent more likely to be set free.