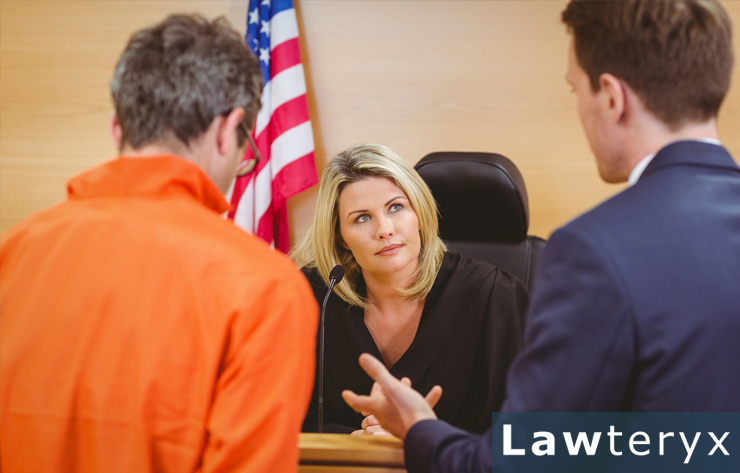 It’s the standard of proof that every juror has to weigh in a criminal trial. But it’s also a standard that can often be unclear. In high-profile cases that the public has information about, the standard can create arguments and misunderstandings. So it’s important to understand as precisely as we can, the question of what beyond a reasonable doubt actually means in practice.

One way to start is by comparing beyond a reasonable doubt to other standards of evidence that exist. There are 2 primary alternatives—preponderance of evidence and clear and convincing proof.

This is the lowest standard of proof and it’s the easiest to understand. Very simply, which side has more evidence supporting their case? Answer that question and rule accordingly.

Of course in practice, determining this might be a little more difficult. One side might have more evidence in terms of raw volume, but the proof a juror believes is most important might lie with the other side. There are still difficult judgment calls a jury needs to make.

This standard goes a little higher and requires that there be a “high probability” that the fact sought to be proved is true. Now jurors have to answer 2 different questions—first, who do they think is right in the case at hand? Second, does that belief rise to the level of “clear and convincing?”

An example of this standard outside the courtroom is one that will be familiar to American sports fans. Fans of all sports know that a team unhappy with an official’s call on the field can appeal for it be reviewed by instant replay. The fans also know, however, that the review of the replay must be “clear and convincing” if the original ruling is to be changed. The jury (or the official) has to be extra sure of themselves.

Beyond a reasonable doubt goes a step further and is the highest standard of proof that exists in American law.

The Framers of the U.S. Constitution desired that it be difficult to convict anyone of a crime. The Due Process Clause in 2 different Amendments (the 5th, which is a part of the Bill of Rights, and the 14th, which was enacted later) specifically say that anyone accused of a criminal act are protected from conviction “except upon proof of beyond a reasonable doubt of every fact necessary to constitute the crime with which he is charged.”

If this wasn’t clear enough, the Supreme Court has affirmed the language. An otherwise obscure 1881 case out of Utah dealing with marital law and bigamy made mention that “the evidence…must be sufficient to produce a conviction of guilt to the exclusion of all reasonable doubt.”

What is reasonable doubt?

So with this background in mind, let’s return to our original question—what does beyond a reasonable doubt actually mean?

Courts have not been clear in any type of legal definition, even as they require judges in these cases to give clear jury instructions. Legal scholars speculate that if a preponderance of evidence requires a juror to be 50.1 percent sure of themselves, then “beyond a reasonable doubt” means they should be 98-99 percent sure. This is still educated speculation, not hard and fast legal principle.

What observers agree upon is that the word “reasonable” is the key to this entire standard of proof. Prosecutors do not have to prove their case beyond any doubt. This would be impossible, unless you had 12 jurors who had literally seen the crime happen with their own eyes—even then, a skillful defense attorney could probably implant some doubt, but the doubt has to be reasonable.

This means a juror’s doubt can’t be based on gut feeling or improbable speculation. One responsible methodology of reasoning calls on jurors to examine all the evidence and think of the different possibilities that may exist based on the evidence introduced in court.

If they can come up with any other possible outcome beyond the defendant’s guilt, then this high standard of proof hasn’t been reached. If, on the other hand, the only possible way to acquit the defendant is to move into speculation completely unmoored from the facts of the case, then their doubts aren’t considered to be reasonable.

Human beings will still have differing beliefs in what they consider to be reasonable and how they interpret different evidence. This is why the American system relies on 12 different jurors who are presumably from different backgrounds. The system is also built to protect defendants.

Benjamin Franklin summed up the school of thought that animates the beyond a reasonable doubt standard when he said: “Better that a 100 guilty men go free than one innocent person should suffer.”