Home / Lawteryx Knowledge Center / Criminal Law & Insights for Everyday People / Admission Against Interest: What It Is & When It Applies 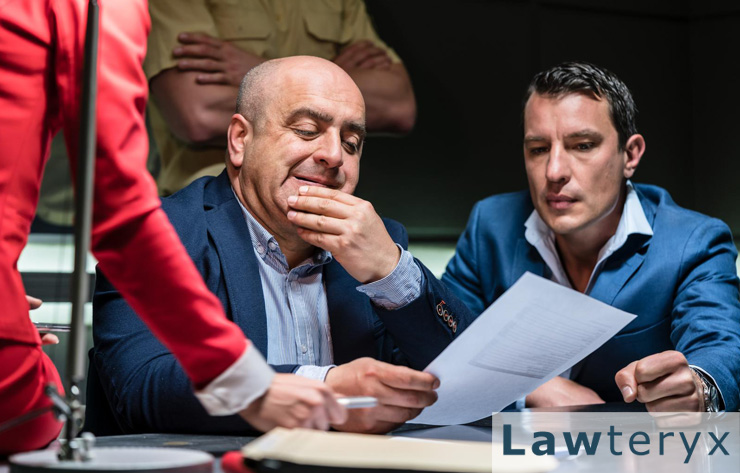 A general rule of evidence is that hearsay is typically not permitted. Hearsay refers to statements made outside the courtroom that are unable to be cross-examined. Consequently, hearsay is considered the courtroom equivalent of gossip—just plain unreliable. However, there are exceptions and a notable one is the concept of admission against interest.

Federal Rule of Evidence 804(b)(3) deals with admission against interest, why it’s considered an exception to the hearsay rule and what conditions must be met.

The concept of admission against interest is rooted in human nature. The presumption is that a person said or did something that ran so contrary to their actual interests that it simply has to be true.

As the legal code puts it: “it (the admission) was so contrary to the declarant’s proprietary or pecuniary interest… and the claim is supported by corroborating circumstances… that clearly indicate its trustworthiness.”

4 conditions to allow admission against interest

The 4 requirements that any admission against interest evidence must clear to be allowed into the court proceedings are as follows:

All of this is a high bar to clear. It’s rare enough for a person to make a statement blatantly contrary to their own interests—the very premise of this hearsay exception. Then all of the above must be proven on top of it. Yet there are cases where this type of evidence is presented.

Let’s look at 2 examples, one where the admission against interest was dismissed on appeal and another where this evidence was upheld as validly admissible.

Examples of admission against interest

In the 1999 murder case of Lilly v. Virginia, a conviction was overturned on the grounds that the state should not have been able to introduce a statement of the co-defendant, the brother of the man who was convicted.

The conviction was appealed and the Supreme Court ultimately ruled that the co-defendant’s admission shouldn’t have been included. The Court’s ruling that found that admitting to parts of the crime—robbery and kidnapping—while not being charged with the more serious offense of murder didn’t rise to the level of admission against interest.

It’s important to note that had the co-defendant taken the witness stand and been subject to complete cross-examination, his statements would have been admissible. But because he didn’t, his admission wasn’t sufficiently contrary to his interest to justify overturning the right of any defendant to face his accuser.

The case of United States v. Hatfield is the opposite. In this case, the trial court didn’t permit a person’s admission that he committed the crime that someone else was being accused of. Upon review, the Supreme Court found that there were sufficient conditions to justify admission.

What would have caused the trial court to even consider excluding a person’s admission that they, in fact, were actually guilty? The issue was whether or not it could be proven that the person being accused and the person making the confession didn’t know each other.

The burden of proof was on the defense to establish that there was no prior contact, and therefore no possible hidden incentive for someone to confess to a crime they didn’t commit. Proving a negative—that you don’t know someone—is difficult and the trial court felt that bar was not cleared.

But the Supreme Court, upon a fresh review of the evidence, disagreed and threw out the conviction. The key is that the Court determined that the corroborating evidence in the case was strong enough to at least allow the jury to hear the alternate confession.

The path to finding the truth and doing it the right way can be a long and tortured process. The hearsay rule is meant to preserve fairness. The admission against interest exception is an attempt to realistically apply the hearsay rule given what we know of human nature.