If you’ve had anything invested in real estate and/or the stock market, you likely experienced some losses that were hard to take in. Unless you’ve got some sort of crystal ball, just about everyone was affected by the financial collapse of 2008 in some form or fashion.

But a 74-year old widow in California – Joanne Bohnke – nearly lost her entire $315,000 nest egg after some bad advice from a Smith 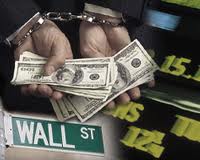 Joanne explained to her financial advisor that she had to be very careful with her money and play it safe. She wanted her money to outlast her so she could leave something for her heirs.

But her Smith Barney advisor suggested Joanne put 46% of her money in GM preferred stock. When he made this recommendation, GM’s stock was just above ‘junk’ status according to Joanne’s attorney David Valicenti.

After Joanne bought her GM stock, she lost 76% of her investment!

That’s right, she lost over ¾ of her money investing in GM, which you know filed for bankruptcy in late 2008 and received government assistance.

To try and recoup some of her losses, Joanne’s only option was to enter into arbitration with her broker through the Financial Industry Regulatory Authority (FINRA). When she opened her account, she waived her right to access courts and trial by jury.

FINRA is a trade association of sorts for the securities industry.

Critics claim FINRA is seriously flawed and works against investors. Testifying at a hearing, William Gavin, who was a Secretary for the Commonwealth of Massachusetts, said FINRA is “an industry sponsored damage-containment and control program masquerading as juridical proceeding.”

Only 45% of FINRA’s judgments go in the investor’s favor and even then, they only recoup a fraction of their losses.

What’s unique about Joanne’s case is that the FINRA panel had no way other way but to hold her broker responsible – they were that flagrant in their fraud. Recommending a stock nearing collapse to someone who says they need to be conservative with their money either isn’t fit to be a financial advisor or a fraudulent one.

Cases like this and many others prove the point that you should do your own research before investing. Verify what any brokers or financial advisors tell you and seek advice from two or three different sources…don’t rely on just one person’s advice to aid in your decision.

If you experience loses from bad advice like Joanne, don’t expect the same result in getting your money back.