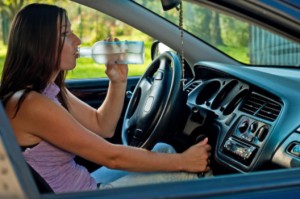 According to MADD (Mothers Against Drunk Drivers), in 2013, every 52 seconds a person was killed as a result of drunk driving, bringing the total to 10,076 deaths. Over 290,000 people were injured. Some victims included in these statistics were innocent pedestrians struck as a result of another person’s poor decision to get behind the wheel of while intoxicated.

When a drunk driver strikes a pedestrian, he or she can face a variety of criminal and civil charges. The decision to drive under the influence can result in jail time, fines, loss of a driver’s license as well as a charge of manslaughter.

The extent of the pedestrian’s injuries determines how much money an individual can collect. There are multiple factors considered when determining the amount a victim will receive. Some of these include medical expenses, loss of wages, pain and suffering and loss of normal life.

Generally, the battle is between the pedestrian and the drunk driver’s insurance company. If the perpetrator has limited or poor insurance, the amount of money the victim receives can be minimal. The person is likely to be eligible for the amount of the policy limit, and any cost over the limit would need to be obtained from a civil suit.

If you have been injured by someone driving under the influence, the best legal advice we can offer is to contact an experienced auto accident attorney near you immediately.