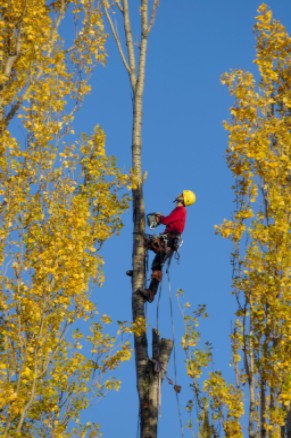 Some of the dangerous jobs listed by CareerCast’s 2016 report may come as no surprise. Obviously, industries where people are asked to risk their lives to save others are going to be more dangerous than office workers sitting behind a desk.

According to the Bureau of Labor Statistics, a firefighter is a highly dangerous job, reporting a 12.1 percent injury rate due to burns, falls and smoke inhalation. Police officers also make the top of the list as they put their lives in danger every single day.

Being a construction worker who handles heavy equipment and must climb to great heights with dangerous tools is also a high risk job. This industry is well-known for its high percentage of injuries and deaths.

According to the Centers for Disease Control & Prevention, emergency medical technicians also rank high on the list of most dangerous jobs with an estimated 20,000 work injuries reported in 2016.  Many of these individuals risk high danger for relatively low pay as well.

Farming may come as a surprise to some as it is listed in the top ten most dangerous jobs.

According to the CDC:

“Working with heavy farming equipment and powerful and unpredictable livestock, it turns out, has its pitfalls: about 167 farm workers lose work time due to on-the-job injuries or illness every day. Farmers, however, have the second highest annual median income at more than $64,000.”

Driving jobs such as taxi drivers and truckers are incredibly dangerous professions too. Driving is one of the most dangerous things many of us do every day in America, and people who make it their livelihood face constant threat of an auto accident.

According to the National Safety Council Report, approximately 38,300 people died on America’s roads in 2016 and 4.4 million suffered injuries that required medical attention.