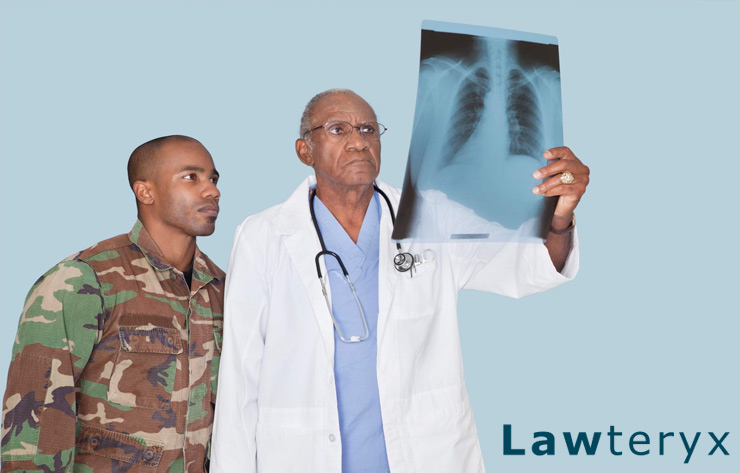 Army Sgt. 1st Class Richard Stayskal wheezed and coughed, but military doctors repeatedly told him it was pneumonia. After an incident where Stayskal began vomiting blood, a biopsy by a civilian specialist revealed that it was lung cancer. It could have been caught five months earlier.

“I feel like my life has been stolen from me because people failed to do their job”, Stayskal said. It’s the classic definition of negligence, which in turn supports a lawsuit for military medical malpractice. But Stayskal can’t seek legal restitution—a 1950 Supreme Court ruling prevents active duty service members from suing the government.

Stayskal isn’t the only one. Robert Cone was a four-star general. It didn’t get him good medical care. His prostate cancer was repeatedly missed until it was too late. General Cone died in the fall of 2016. His widow has no legal recourse.

But the subsequent 1950 Supreme Court decision Feres v. United States undermined part of the law. While military doctors can still be held liable for malpractice if the negligence occurs against family members, service men and women themselves do not get that protection. This is now called simply “The Feres Doctrine.”

Things may finally be changing. Jackie Speier (D-CA) has introduced a bill in the U.S. Congress that would allow active military members to sue the government for malpractice. It’s a right that prisoners have if they receive poor medical treatment and it’s certainly a right private citizens have.

In a polarized political climate, a number of Republicans were on hand when she rolled out her proposal. Stayskal has testified on Capitol Hill in support of the bill. It might be too late for the Seargent, but he wants to make sure no one else is left without recourse against military medical malpractice.