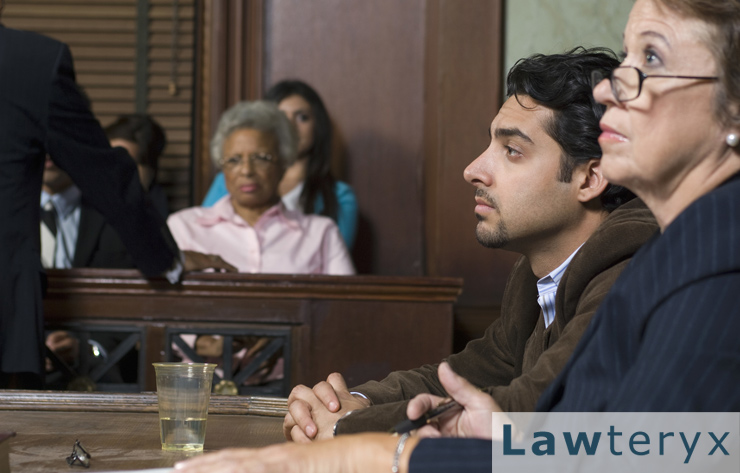 We’ve all seen the legal and police dramas where the accused confers with their lawyer to decide on the best strategy to gain acquittal or at least a reduced sentence. One of the most important decisions the legal team will make is which approach they bring to the courtroom.

There isn’t anything more decisive than simply proving the accused is innocent of all charges—or at least that the prosecution has failed to prove guilt beyond a reasonable doubt.

The alibi defense strategy can be used here—that the accused has proof they were somewhere else entirely when the crime was committed. Another possible defense here could be withdrawal. In this defense, the accused concedes to having been part of the planning of the crime, but stopped their participation before commission. An example might be someone having second thoughts about a planned robbery.

The coercion defense isn’t an innocence plea per se; the employment of this tactic involves admission of basic guilt. But it’s a plea for innocence of intent—that is, the accused was blackmailed into committing a crime they would otherwise have never considered.

The mistake defense can come up in embezzlement or fraud cases. If an investment manager honestly believed the client wanted their money invested in a certain way, then the argument that the accused made a legitimate mistake can be employed in court.

Every U.S. citizen has fundamental rights—to a lawyer, to refuse to answer questions from a police officer that might be incriminating and against an illegal search of their person or property. If the police violate these rights, then any evidence obtained through them is inadmissible in court.

An example might be a police raid of a house that turned up illegal drugs. If the search was done without a warrant, the drugs cannot be admitted in court or mentioned to a jury. If an accused person confesses the crime, but has not been informed of their rights to legal counsel, the confession is inadmissible in court.

Another circumstance where legal error can be used in the defense of a potentially guilty party is if the statute of limitations has expired. Certain crimes must be brought to trial within a defined window of time from their commission. Once that time has lapsed, the guilt or innocence of the accused is irrelevant—the case cannot come to trial.

You may be technically guilty of assault, but if you can prove it was necessary to protect yourself, your family or your property, then the self-defense strategy is the best bet. Under this general heading, we can also include necessity, which is that you committed the crime to prevent something worse from happening. An example outside of self-defense might be stealing a car to rush a dying person to the emergency room.

The insanity defense argues that the accused was mentally incapable of understanding that their actions were criminal in nature. It’s not commonly employed because it shifts the burden of proof—by acknowledging guilt, the defense is now the side that must prove their insanity case beyond a reasonable doubt. But in rare situations, it does apply.

And believe it or not, intoxication can also apply as a defense. The most obvious example is if the intoxication was involuntary (e.g. a spiked drink). Even if the accused got drunk voluntarily, this can be a defense in crimes where intent is a required factor. The person too incapacitated to realize they were stealing may still face charges for intoxication, but be exonerated from the more severe charge of burglary.