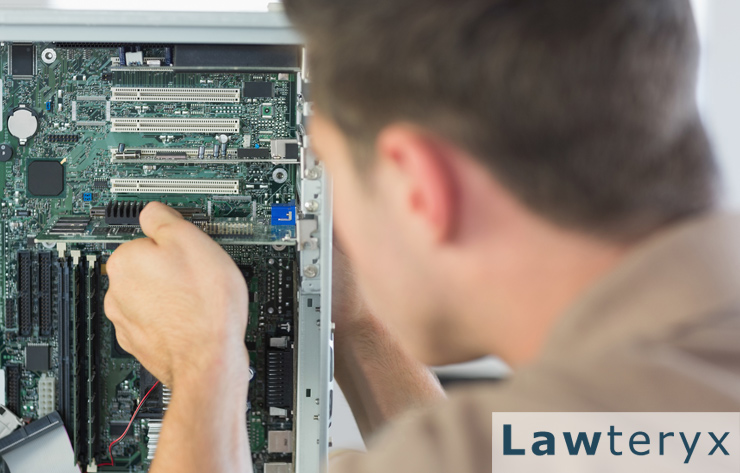 If you’re involved in a criminal investigation, the data stored on your personal computer and/or cell phone can be used against you. However, the police are only allowed to obtain this data if they have a search warrant. Warrants for your computer can only be obtained under certain circumstances.

Generally speaking, your computer is protected under the 4th amendment and, like your home, it can’t be searched without permission or a warrant. If you’re arrested, the police have the right to confiscate your property and even search through it, all without obtaining a warrant.

However, in order to actually analyze the data they see, the police have to follow these guidelines:

An exception to this would be if you were trying to flee the country. Even just going to the airport may give them reasonable cause.

In the instance that your computer is seized by the police and it’s password-protected, according to the 5th amendment, you are only obligated to provide them with your passwords if they obtain a warrant.

These rules extend to other data storage devices, such as:

As an example, Danny Shanahan, a cartoonist for the New Yorker, was arrested in December 2020 on charges of possessing child pornography. New York state police stated that the Village of Rhinebeck Police Department—where Shanahan resided—obtained a warrant to search his computer and obtained the incriminating evidence.

It’s unclear why the Rhinebeck police began their investigation into Shanahan. If convicted, Shanahan could face a jail sentence of 4 years with 10 years of probation upon his release.

If you’re in a situation where the police have seized your laptop and are attempting to search it, you should contact a criminal defense attorney as soon as possible.