Home / Blog / Criminal Law / What Was Behind the Landmark Case of Indian Territory in Oklahoma? 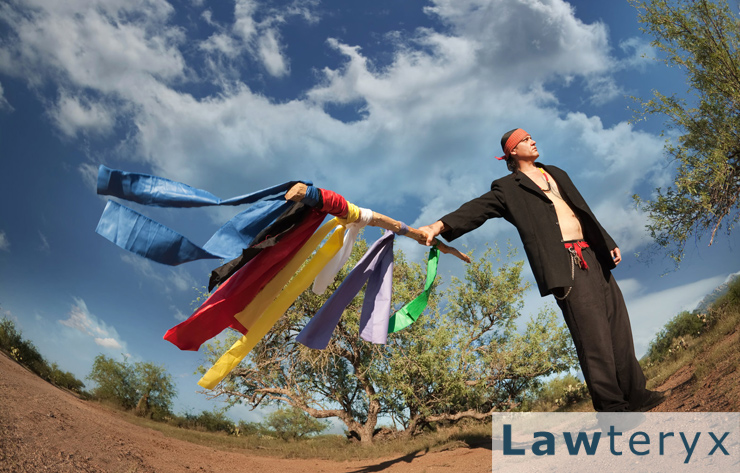 In July 2020, the Supreme Court handed down a 5-4 decision that ruled Native American land that covers eastern Oklahoma, including most of the city of Tulsa, is subject to federal rather than state jurisdiction. What may seem like an arcane legal dispute over what level of government handles prosecution had implications for tribal sovereignty, treaty rights and the validity of past convictions.

The case was McGirt vs. Oklahoma.

Jimcy McGirt was a member of Seminole Nation, a Native American tribe in Oklahoma. McGirt was convicted of raping a four-year-old girl and sentenced to life in prison by the state.

On his appeal, McGirt’s legal team argued that the state government had no authority to try the case. Their argument rested on the fact that the crime was committed on the land of Creek Nation and thereby subject to the federal government under the terms of both the treaty and the Major Crimes Act.

The case required going back into the history of Native American displacement from the state of Georgia in the 19th century. The Trail of Tears led thousands of the Native American people west to Oklahoma. As part of leaving their homeland, the tribes signed the Removal Treaty of 1832. This treaty gave them sovereignty over the new land in Oklahoma and they would be subject to federal, rather than state law.

The state argued that at the time of the treaty and thereafter, Congress had clearly intended that Creek Nation eventually assimilate into the governance of the state of Oklahoma.

Oklahoma’s legal team, backed up by 10 other states across the country, also warned that overturning McGirt’s conviction would have ripple effects on all other convictions the state had secured. Justice Ruth Bader Ginsburg, while voting with the majority in the end, had raised this very concern during oral arguments.

Justice Neil Gorsuch, joined by Ruth Bader Ginsburg, Stephen Breyer, Sonja Sotomayer and Elena Kagan, wrote the majority opinion. Gorsuch said the issue was simply whether or not the land promised by the treaties remains an Indian reservation. “Because Congress has not said otherwise, we hold the government to its word.”

Chief Justice John Roberts, joined by Clarence Thomas, Samuel Alito and Brett Kavanagh, authored the dissent. Roberts argued, “Congress made abundantly clear its intent to disestablish the Creek territory,” adding that “the state of Oklahoma has maintained jurisdiction of the land for more than 100 years.”

Beneath the dispute between Gorsuch and Roberts were conflicting principles of legal interpretation. Gorsuch subscribes to a view called textualism, which essentially takes the words of the law exactly as they’re written down. And because no law ever explicitly incorporated Creek Nation into the state of Oklahoma, it, therefore, remained federal land.

Roberts used the legal doctrine of original intent, which involves digging into what legislators actually intended at the time a law was passed and the treaty was signed. Advocates of original intent believe it necessary to draw on the arguments made by legislators at the time of passage to be important keys to interpretation. Using this framework of analysis, Roberts concluded that Congress intended for Creek Nation to eventually become part of Oklahoma.

To the Court majority, this issue was simply about the United States government keeping a promise that had been made, with Gorsuch invoking the Trail of Tears and the dreams of the Native American people at the time. In the 21st century, the more practical impact will be what this means moving forward.

McGirt won a legal victory and that win had an immediate ripple effect in overturning the murder conviction of Patrick Murphy on the same legal grounds. But because neither man was officially found “not guilty,” there is no double jeopardy that protects them from another trial. Creek Nation’s lawyers say both men can and should be prosecuted by the federal government.

There is also the possibility that upwards of 1,700 convictions obtained by the state of Oklahoma might be thrown out. In that regard, it’s hopeful that both the state and the Native American nations within Oklahoma have promised cooperation to ensure appropriate justice is done.